(Originally Released as The Miracle Worker, Act I) 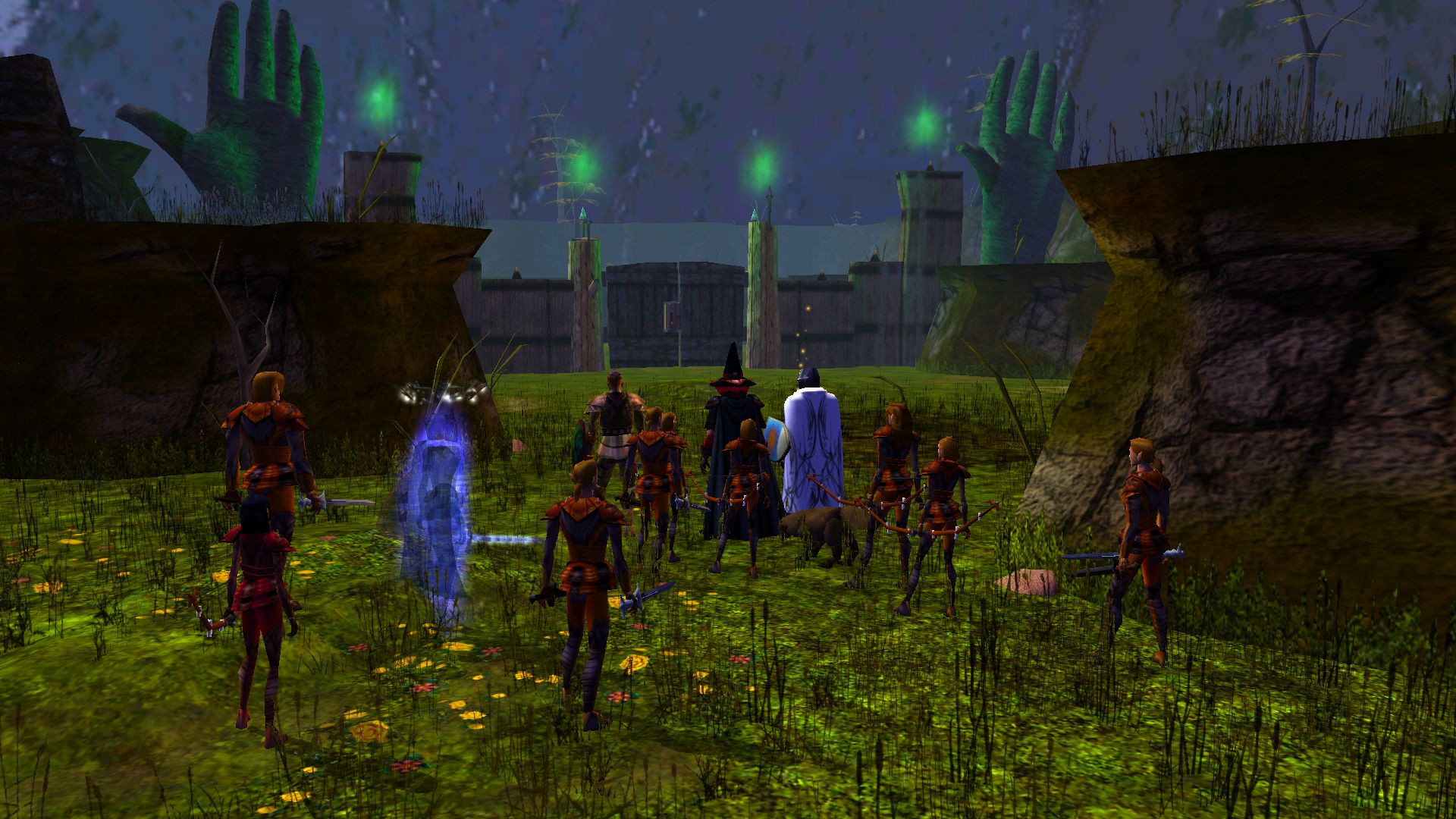 Warning: Spoilers are contained below for anyone who has not played Sanctum of the Archmage 1 – The Sight.

Until now, the rebellion’s most closely guarded secret has been that two of the royal family of Carlissa survived the massacre of Lannamon: King Danor’s father, Lenard the Archmage, and the King’s daughter, Princess Randia Killraven. Known to you as Len and Robin Blackwing, who took you in after saving you from marauding demons, they had been living in a hidden valley in the foothills of the Nurian mountains. Thanks to the treachery of Duke Del Karrik, Master of Stonegate Keep, their secret has now been revealed to the Warlord.

In Chapter One, your mentor, Len, was slain by demonic assassins. You and Robin managed to escape from them by fleeing into a labyrinth of caverns that the Archmage had discovered in the mountains behind the valley. Running from there to an exit near Mount Cassandra, home of the mountain elves of Carlissa, these caverns also contained an ancient ruin that Len had been studying for years.

Joined by Orion, an agent sent by the resistance on a desperate mission to warn Len and Robin that they were being hunted, you tried to make your way back to the safety of the mountain elves’ realm. But in order to do so, you had to travel through the ancient ruins. And in those ruins, you learned astonishing secrets not only about the origin of the demons, but about a cosmic battle between good and evil that has been going on for thousands of years.

Chapter Two opens with you and your companions finally making your way through the passage to Mount Cassandra. The resistance is under heavy attack, and thanks to intelligence provided by the traitorous Duke Karrik, it is being systematically decimated by Zomoran’s army. And also thanks to the Duke’s treachery, the Warlord now controls the strategically important Stonegate Keep, and is moving to extend his empire to include the neighboring Kingdom of Rayche.

In the rebellion’s most desperate hour, the princess turns to you and your Sight for guidance. And together, you conceive a bold plan to defeat the Magus, the only one that your talent tells you can succeed: to forge an alliance among the nations of the eastern continent, and lead them in an apocalyptic war against the Warlord and his demon allies.

Sanctum of the Archmage 2 – The Miracle Worker (Act I): The Quest is the winner of the NWVault 2007 Bronze Award for Module of the Year, and the AME Golden Dragon Award for Best NWN Roleplaying Module of 2007. It requires, and is built as a “custom game module” for, the Neverwinter Nights I fantasy role-playing game.