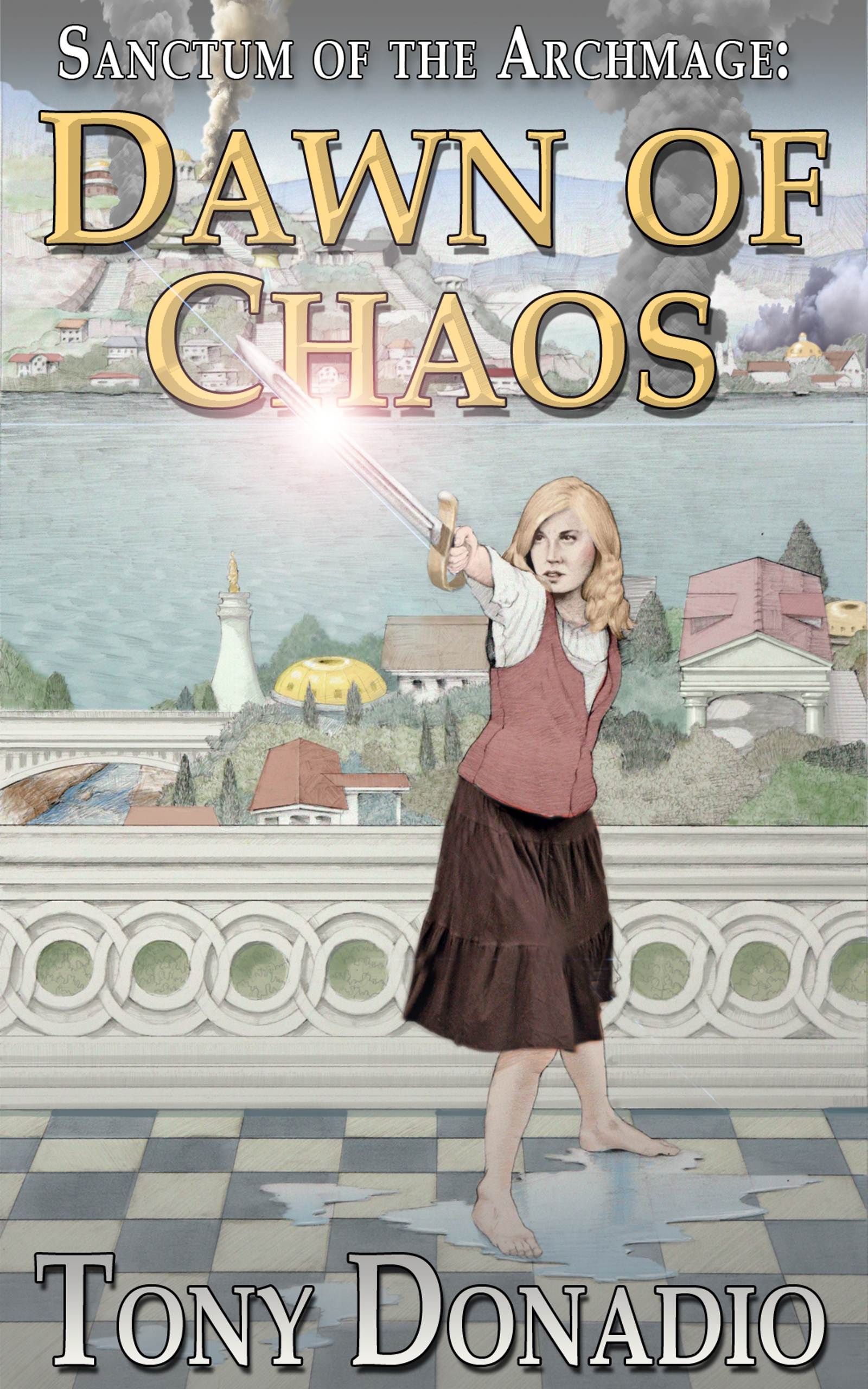 Volume One of the Sanctum of the Archmage Saga

NOTE: Dawn of Chaos is temporarily unavailable while the first volume of the saga is edited for re-release as a trilogy (Prologue to Chaos, Hell Gate, and Aftermath). These will eventually be re-published as a compilation volume under the title Dawn of Chaos.

A new constitution prepares Carlissa for an era of enlightenment. The harsh traditions of the past fade, and a promise of freedom stirs the air.

In the space of one terrifying day, that promise is shattered in a bloodbath of fire and magic.

Thousands of years ago, an epic battle was fought between good and evil. The demon lords had opened a door to the realms of hell itself, and their horde threatened to overrun the earth. But the Kalarans, led by the hero Calindra, destroyed their hellgate and drove them from the world.

The Great War has long since been lost to myth and legend. The Church struggles for relevance as the people forget their covenant with the gods. A renaissance of freedom and learning stirs the air in the modern age of Carlissa, led by the royal family, and the wisdom of the Archmage.

All of that comes to an end when a dome of shimmering magic appears in the capital city. In the chaos that follows, the people fight desperately for survival, and wonder bitterly why the gods seem to have abandoned them. Their only hope lies with the magic of the Archmage — and his, with a young princess who never wanted to rule. She must find the strength to set aside her bard’s calling and take up a battle against impossible odds, or surrender her land and people to the Black Magus and his demons.

Dawn of Chaos finally brings the award-winning Sanctum of the Archmage role-playing games to the world of fantasy fiction. Don’t miss this exciting first volume in the saga!

Dawn of Chaos will be the first volume in the Sanctum of the Archmage Saga. Prologue to Chaos, which introduces the saga, is currently available here as an e-book from Amazon and Kobo.

Outline (for the Third Edition)

Part I – Prologue to Chaos